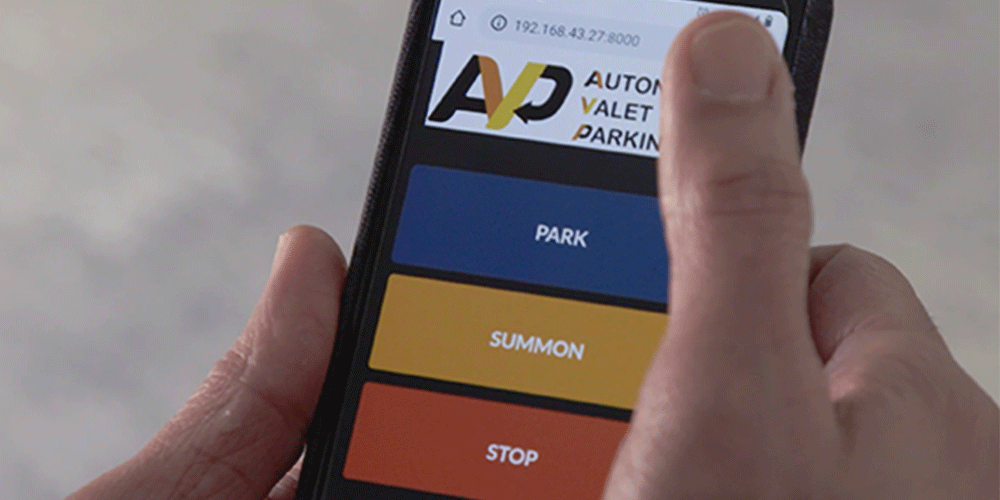 Imagine if you could drive to a parking facility and then, instead of spending 20 mins driving around trying to find a place to park, you tell your car to park itself. The car goes off and finds a free space and then when you’re ready, you summon it to come and pick you up. A bit like valet parking, except your valet, is always with you when you drive.

Over two years ago Parkopedia, the University of Surrey, and the Connected Places Catapult set out to answer a question - how will autonomous vehicles park? We knew that this would be a difficult problem. Parking in a multi-storey or underground parking facility means that there is no line of sight to satellites, which means no GPS. That means that a vehicle would need to estimate where it is using on-board sensors such as cameras, inertial measurement units and wheel odometry. We know that it’s possible to localise using LiDAR if a point cloud of the environment is available but we cannot assume that all vehicles in the future will be equipped with a LiDAR. We chose therefore to focus on visual-inertial localisation.

Our goal was to work out what maps would be required to support the autonomous vehicle, to develop the localisation and navigation algorithms that best utilise these maps, and to demonstrate autonomous parking on our own autonomous vehicle. We also needed to ensure that any autonomous driving was done safely. Finally, we wanted to find out what the general public thought of the idea of a car parking itself.

Earlier this year, we published an update on the current status which showed that most of the work had been done. All that was left was to deploy the localisation and navigation software onto our autonomous StreetDrone test vehicle.

In the video above the software plans a route from the drop-off zone to the selected target parking space when the driver presses ‘PARK’. The vehicle is able to find its current position in the parking facility without a GPS signal. Finally, the software plans a path back to the pick-up zone when summoned.

With this demonstration, we are thrilled to announce we completed all the deliverables for the Autonomous Valet Parking project and have successfully completed the project both on time and on budget. Our thanks go to

Throughout this project, we learned that drivers value the convenience promised by cars that will park themselves. This project has delivered a major breakthrough by identifying and overcoming obstacles to full deployment of AVP through the development of a technology demonstrator. In the next few years your car will be able to park itself, transforming a mundane and stressful experience millions of drivers encounter every day, and Parkopedia is proud to have played a key role in making this happen.

Brian leads our engineering teams as CTO covering product, platform and infrastructure, data science, computer vision and robotics. Prior to this he led the R&D effort to develop Indoor Maps, which also included the successfully completed multi-million pound AVP Project.

Demo of automated valet parking with "Park" and "Summons" functionality to enable a driver to drop...

Does Being First to Market Help or Harm the Cause for Automated Parking?

Does being first to market releasing a feature with areas that need further development help or...