Two years ago Parkopedia joined the Autoware Foundation as a founding member. With that short space of time all the necessary software for a full-scale AVP demo has been developed and tested. Automated Valet Parking (AVP) is the ability of a vehicle to park itself and to return to the driver when summoned.

The Autoware AVP was a complete success! Parkopedia is proud to have supplied the map of the AutonomouStuff car park in San Jose, CA where the demonstration took place. Parkopedia also supplied the path planning software that plans the route the vehicle will travel. In this case from the drop-off zone to the desired parking spot and back to the pick-up zone.

This is further confirmation that Parkopedia’s high definition digital maps are indeed suitable for navigation of automated vehicles inside car parks. 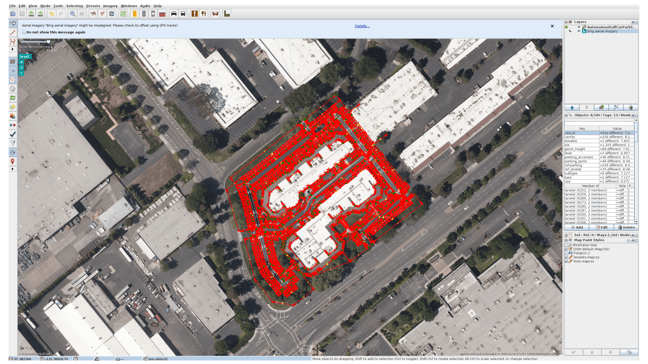 As Dejan Pangercic writes; “The demonstration itself was the culmination of a week of intense effort from contributors around the world, working around the clock to put the finishing touches on the low-speed manoeuvres needed to accomplish the park and retrieve functions. The flawless performance highlights the engineering quality built into the ground-up design of the open-source Autoware.Auto software stack, intended to serve as a strong starting point for companies developing autonomous systems for commercial, mission-critical, or safety-critical uses.”

Congratulations to the entire Autoware team for all the hard work that has paid off handsomely!

Brian leads our engineering teams as CTO covering product, platform and infrastructure, data science, computer vision and robotics. Prior to this he led the R&D effort to develop Indoor Maps, which also included the successfully completed multi-million pound AVP Project.

Details of the first public demonstration of the Parkopedia and AVP consortium autonomous parking...

Video: Will Autonomous Vehicles Ever Be Able to Park?

Will Autonomous Vehicles ever be able to park? Watch Parkopedia Founder & CEO discuss the steps...